Throughout the 2010s, new diagnoses of invasive breast cancer in the United States grew steadily each year, and as we begin the 2020s that number is approaching 300,000. The disease touches a huge number of women.

In response, ASPS worked with Congress to introduce the Breast Cancer Patient Education Act (BCPEA), which took direct aim at this information gap. We worked with the bill's original sponsors, Congressman Leonard Lance and Senator Roy Blunt, to develop it. Both members of Congress were tireless champions for the bill, eventually being joined by Democratic champions Senator Sherrod Brown (D-OH) and Representative Kathy Castor (D-FL-14). Senator Blunt was instrumental in securing a floor vote for the BCPEA, a rare opportunity that was essential to its becoming law.

"This is a proud day for ASPS and all of our members who directly helped drive this bill forward. Most importantly, it's a victory for our patients, on whose behalf we continuously advocate. ASPS has been working on the BCPEA for four years, and we are honored to have championed this much-needed legislation that will inform patients about their federally mandated right to breast reconstruction."

Also essential to BCPEA's ultimate enactment was ASPS's effort to build support in Congress. ASPS members and staff conducted individual meetings with 85 congressional offices in 2015 to discuss the importance of the BCPEA. Early that year, ASPS identified key members of Congress within committees and caucuses of importance and developed a targeting strategy. These in-person meetings were buttressed by extensive grassroots plastic surgeon advocacy campaigns in May, July and October that resulted in 125 letters to members of Congress. Through these efforts, 12 members of Congress signed on as first-time cosponsors of the bill, and total support for the measure grew 41 percent in six months relative to the support built over the previous two years.

Under the BCPEA, the Secretary of Health and Human Services planned and implemented an education campaign to inform breast cancer patients about the availability and coverage of breast reconstruction and other available alternatives post-mastectomy. This included enduring educational materials that were created and curated by National Cancer Institute, in coordination with ASPS and the HHS Offices for Women's Health and of Minority Health. The materials inform women of their right to breast reconstruction under federal law and provide women with information about when breast reconstruction or prostheses may be appropriate within their recovery plan. 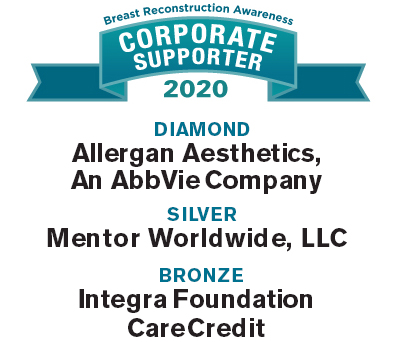