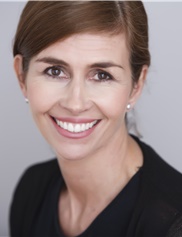 Dr. Pusic is a reconstructive surgeon at Memorial Sloan-Kettering Cancer Center in New York City. She performed her general surgery residency at Dalhousie University and Plastic Surgery residency at McGill University. She completed a Master‚Äôs degree in Epidemiology at Johns Hopkins University in 1997 and a research fellowship at Memorial-Sloan Kettering Cancer Center in 2001. Her research interest lies in assessing patient reported outcomes in plastic surgery patients. With grant support from the American Society of Plastic Surgeons (ASPS), she has developed a new questionnaire, the BREAST-Q, which measures satisfaction and quality of life outcomes among breast surgery patients. This questionnaire examines body image, psychological, social, sexual, and physical function as well as satisfaction with the process of care. She is also involved in research to measure patient expectations in breast reconstruction. This NIH funded study is ultimately aimed at improving patient education and promoting shared medical decision-making. Most recently, with further grant support from the ASPS, her research team is developing a new patient-reported outcome measure for facial aesthetic patients--the FACE-Q.