In 2019, The Plastic Surgery Foundation (The PSF) awarded 33 investigator-initiated projects and allocated $891,274 to support the newest, clinically relevant research in plastic surgery.

Search The PSF database to have easy access to full-text grant abstracts from past PSF-funded research projects 2003 to present. All abstracts are the work of the Principal Investigators and were retrieved from their PSF grant applications. Several different filters may be applied to locate abstracts specific to a particular focus area, or PSF funding mechanism.

Abstract
Background. Nonsyndromic craniosynostosis (NSC) is a premature fusion of one or more skull sutures that results in characteristic skull deformities. It recent years, it has been demonstrated that even after surgical correction in infancy, patients with NSC have a higher rate of developing learning disorders and deficits in memory, attention and visuospatial abilities. The cause of these impairments is unknown. Our group is interested in applying two forms of neuroimaging to understand the functional brain connectivity and brain microstructure in these patients.

Aims. The proposed project will seek to complete functional MRI (fMRI), diffusion tensor imaging (DTI) and neurocognitive testing in patients with three discrete forms of NSC: sagittal synostosis, metopic synostosis, and unilateral coronal synostosis. We aim to determine if these patients have abnormalities in their functional brain connectivity and white matter microstructure, which will help elucidate a mechanism for the neurocognitive burden of this disease. Additionally, we will correlate the neuroimaging findings with results from neurocognitive testing.

Study Design. In total, this study will consist of 33 NSC patients (11 sagittal, 11 metopic, and 11 unilateral coronal patients) recruited from the Yale Craniofacial Clinic. Patients will be individually matched to controls by age, gender, and handedness. Resting-state fMRI and DTI will be acquired in a 3T Siemens Tim Trio MR system (Erlangen, Germany); fMRI data will be processed using BioImage Suite (Yale School of Medicine, New Haven, CT), and DTI data will be processed in FSL (FMRIB, Oxford, UK). Group-level t-maps will be cluster-corrected for multiple comparisons at a family-wise error rate of p<0.05 (voxel-level threshold p<0.01, k ranging from 20 to 23).

Rationale. Currently, the etiology of the long-term neurocognitive and behavioral effects of NSC is unclear. Additionally, the discrete effects of different forms of NSC are unclear. In our preliminary studies, we have demonstrated significant differences in brain connectivity in NSC patients that appeared to be dependent on the site of suture fusion. Additionally, we have previously found alterations in white matter microstructure in a small cohort of patients with NSC of the sagittal suture. The proposed study would be the first statistically powered study to provide evidence of differences in neural activity in NSC patients based on the site of suture fusion. 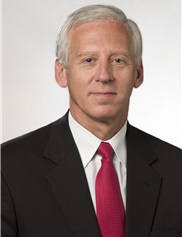