Abstract
This proposal seeks to investigate two promising and potentially synergistic modalities for lymphedema treatment: vascularized lymph node transfer (VLNT) and therapeutic pharmacologic lymphangiogeneis by 9-cis RA. Our established expertise on the molecular mechanism of 9-cis RA mediated lymphangioegeneis is complemented by our arsenal of novel pre-clinical animal disease models and thus we are uniquely poised to address the following specific aims:
Aim 1: To elucidate the temporal dynamics of donor-host lymphatic bridging after vascularized lymph node transfer (VLNT). VLNT is thought to improve lymphedema by acting as a shunt for congested lymph fluid into the venous outflow system of a lymph node (LN) flap. The mechanism of lymphatic bridging after transfer remains incompletely defined. We hypothesize that it involves formation of direct networks between the host lymphatic system and transplanted vascularized lymph node (VLN). By using a transgenic rat that expresses green fluorescent protein (GFP) under the control of the lymphatic specific Prox-1 promoter, we will be able to visualize and quantify the rate of host LEC infiltration into a non-GFP LN flap. These mechanistic studies on VLNT will help to substantiate its current clinical use and expand its utility for patients with lymphedema.
Aim 2: To determine the effect of 9-cis retinoic acid and vascularized lymph node transfer on established hindlimb lymphedema. Although we have previously demonstrated that 9-cis RA can limit the development of lymphedema when initiated at the time of lymphatic injury, it is unclear whether it can reverse established disease. Using our hindlimb lymphedema model, we will assess the effect of 9-cis RA, VLNT, and combination therapy on pre-existing disease. We hypothesize that 9-cis RA will synergize with VLNT and stimulate increased lymphatic bridging and outflow, thereby resulting in enhanced regression of clinical disease. Data from this aim will support the development of clinical trials using 9-cis RA + VLNT for the treatment of lymphedema.
In summary, data from this proposal will provide novel insight into the mechanism of lymphangiogenesis after VLNT. In addition, we will explore the role of 9-cis RA as an adjuvant to VLNT for the treatment of acquired post-surgical lymphedema. 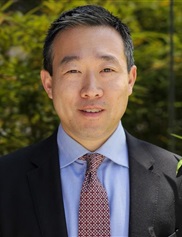 I am a plastic surgeon-scientist at the Keck School of Medicine of University of Southern California with an independent research laboratory at the USC Institute for Genetic Medicine. My time/effort allocation to research is 75%. My laboratory studies basic and translation aspects of lymphedema using clinically relevant murine models. In 2012, Dr. Young-Kwon Hong and I discovered that 9-cis retinoic acid stimulates lymphangiogenesis in vitro and in vivo. We are currently exploring a role for 9-cis retinoic acid in the pharmacologic treatment of surgically induced lymphedema. Our work has been published in journals such as Circulation and Annals of Surgery and has been supported by grants from the Southern California Clinical Translational Science Institute, Whittier Foundation, and the NIH.