Abstract
Radiation therapy is a mainstay in the treatment of breast and head and neck cancer, but as with all other effective therapies that have been developed to date, it is frequently associated with side effects which can negatively affect the functional outcome. Commonly reported complications of radiation-induced soft tissue injury include skin retraction, contour deformities, restricted movement, and nonhealing wounds. With an increasing number of cancer survivors in the United States, preventing or reducing these detrimental sequelae has thus become a priority. But despite improved knowledge about the cellular and molecular mechanisms responsible for post-irradiation soft tissue atrophy and fibrosis, few effective treatment options currently exist.

In recent years, fat grafting has become widely employed to address the soft tissue deficit following cancer resection and radiotherapy, though effectiveness of fat transfer to address post-oncologic tissue deficit may be limited by the fibroinflammatory changes and hypovascularity of the irradiated tissue bed. As an alternative, decellularized human adipose tissue extracellular matrices may provide a new and innovative strategy to reconstruct post-oncologic contour deformities and may function as an off-the-shelf replacement for lipofilling. Furthermore, human decellularized adipose matrices have been shown to retain their native macromolecular network along with key angiogenic and adipogenic growth factors, several of which have been described to also diminish fibrosis. This may result in a regenerative effect, similar to fat grafting, which can decrease pain and stiffness in scars and improve vascular networks and dermal architecture in radiation-damaged skin. How placement of adipose tissue matrices may ultimately effect these changes remains unknown, but with our recent identification of site-specific fibroblast subpopulations predominantly responsible for extracellular matrix deposition in response to injury, the effect of adipose tissue matrix injection on the distribution and characteristics of these cells can be determined.

Findings from these studies would open new avenues for investigation into reduction or prevention of late radiation-induced side effects. Collectively, the experiments proposed will comprehensively determine how injection of a decellularized human adipose tissue matrix can both effectively restore atrophic radiated soft tissue and improve functional sequelae of radiation therapy. 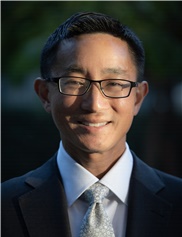 Derrick C. Wan, MD, Associate Professor in the Stanford Division of Plastic and Reconstructive Surgery, is a graduate of Stanford University with Distinction and an Alpha Omega Alpha graduate of Columbia University‚Äôs College of Physician and Surgeons. He trained in general surgery at University of California-San Francisco and in plastic surgery at University of California-Los Angeles. He then completed additional fellowship training in both craniofacial surgery at University of California-Los Angeles with Dr. Henry K. Kawamoto and microsurgery at Chang Gung Memorial Hospital in Taiwan with Dr. Fu-Chan Wei. As an attending surgeon at Stanford Hospital, Dr. Wan‚Äôs main surgical interests include pediatric and adult craniofacial reconstruction, as well as head and neck cancer reconstruction with microsurgery perforator flaps. Dr. Wan has served as a reviewer for Plastic and Reconstructive Surgery, Annals of Plastic Surgery, Journal of Craniofacial Surgery, and Tissue Engineering. His research interests include soft tissue fibrosis, fat grafting, and bone regeneration. He has extensively published in these fields with over 130 peer-reviewed scientific manuscripts and has received numerous awards for his work. His group currently investigates stem cell biology and their use for bone and soft tissue reconstruction.